Thanks to Don Henry, Don Paige, and John Hensley for preparing this Meet. The weather was wonderful and there were 3 days of Cushman friends together. We enjoyed meals at Skeets, The Cove, Sharon Allen’s Barbeque, and Mrs. Allen’s.

Thursday 13 scooters headed toward Buffalo Gap out of the home base of Windmill RV Park, Merkel, Tx. 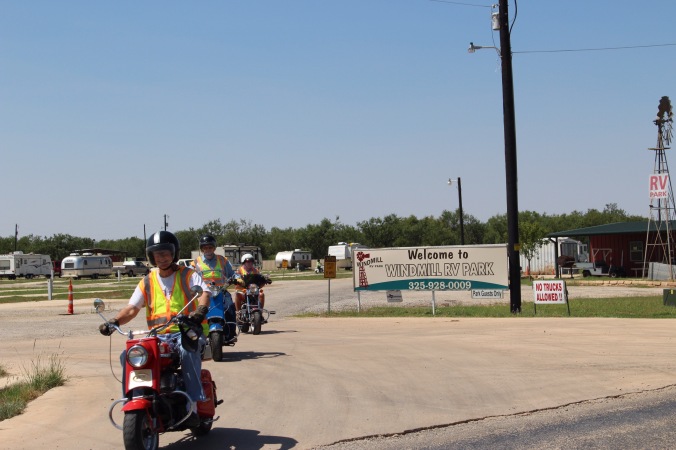 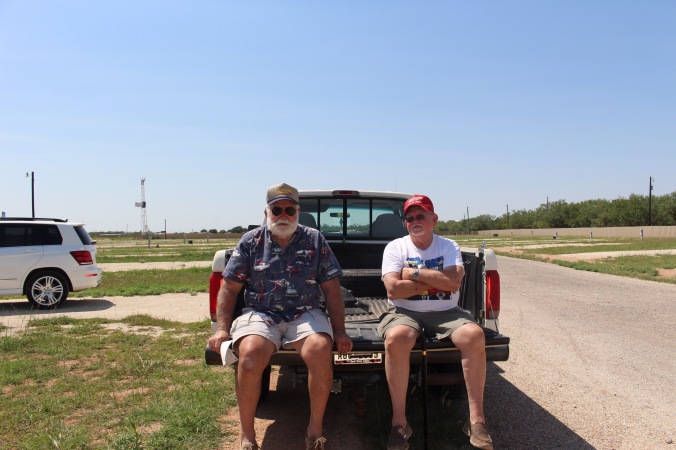 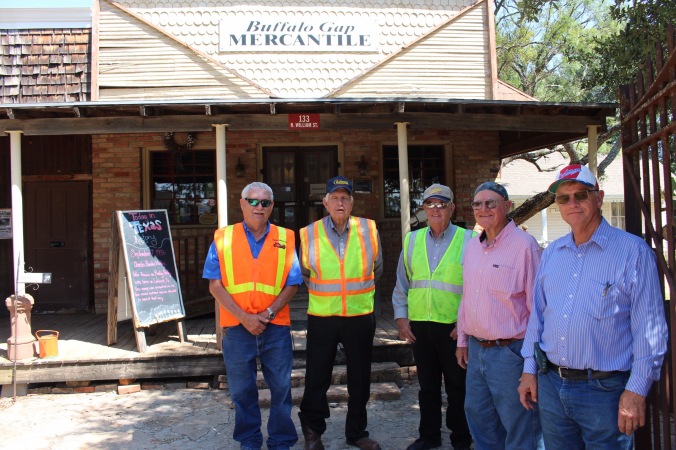 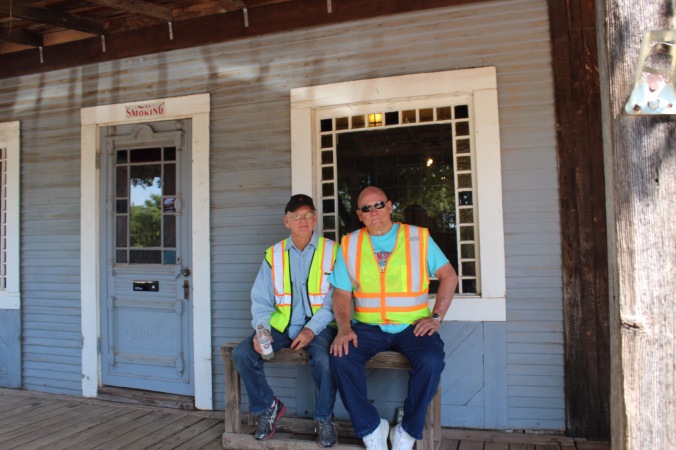 Friday morning we rode toward Sweetwater Lake and LUNCH! 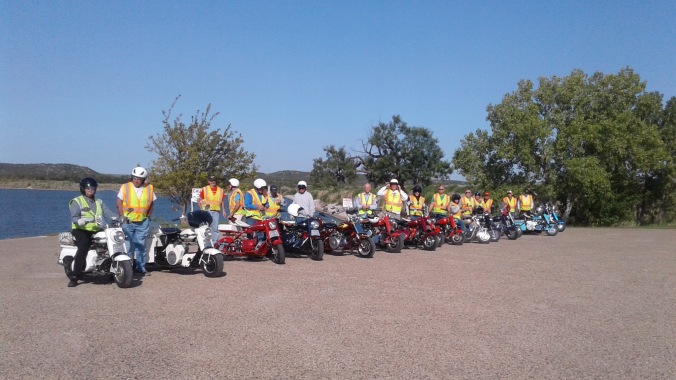 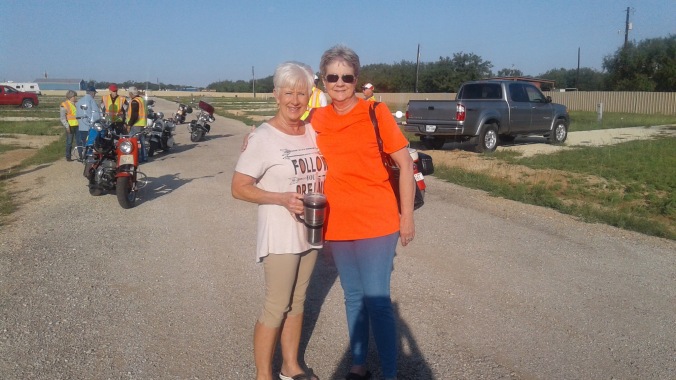 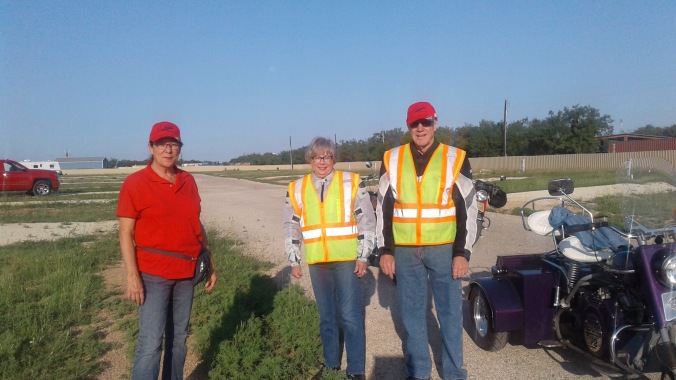 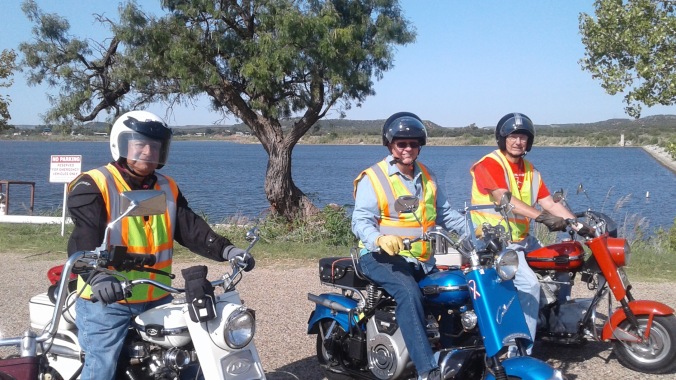 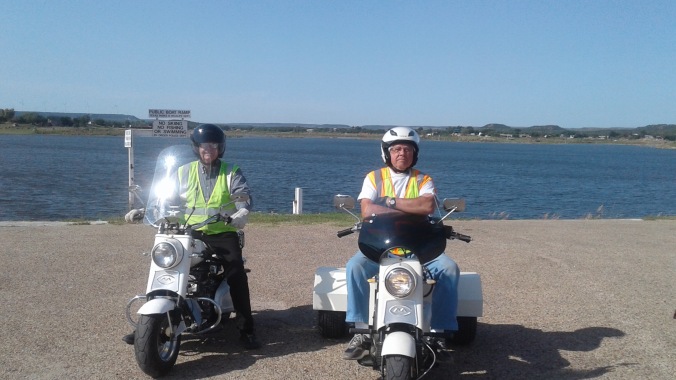 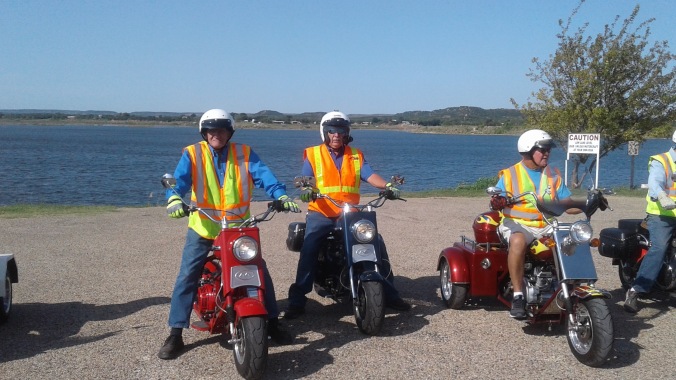 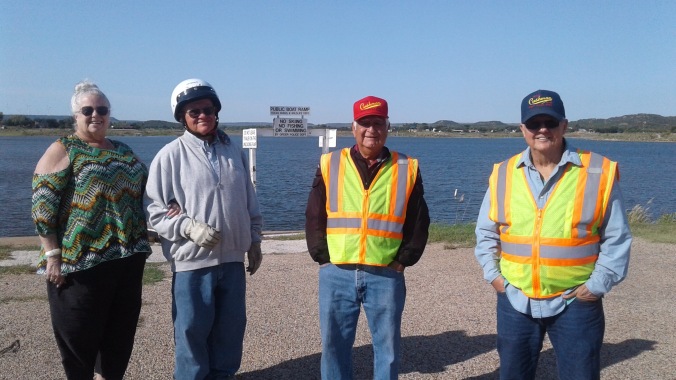 We all met at Mrs. Allen’s in Sweetwater for lunch. Around 27 people enjoyed the bowls of fried chicken, ham, and home cooked vegetables plus rolls. 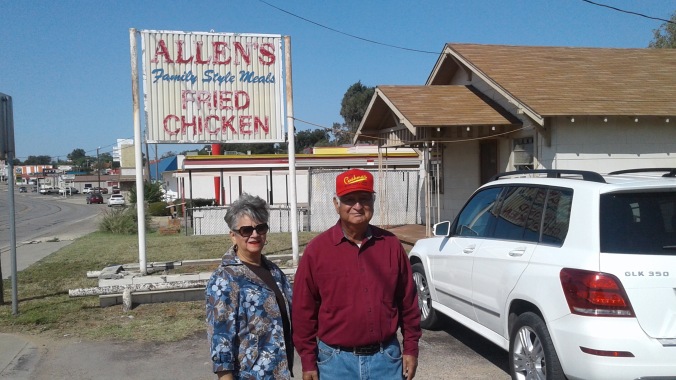 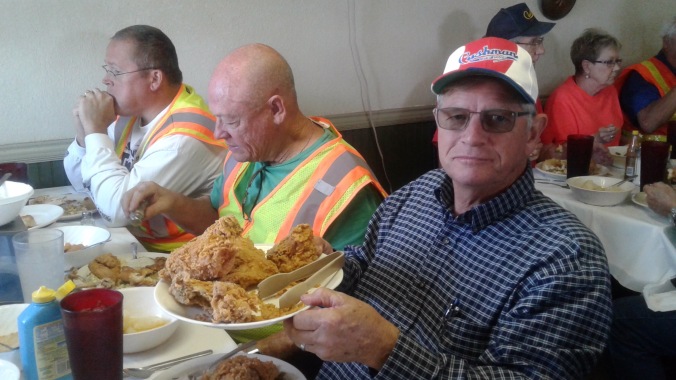 The following are pictures of the reason this Ride is a big tradition in the Big Country Area plans each year.

There were several members who come out to ride in this once a year parade. 20 scooters represented the Texas Cushman Club. 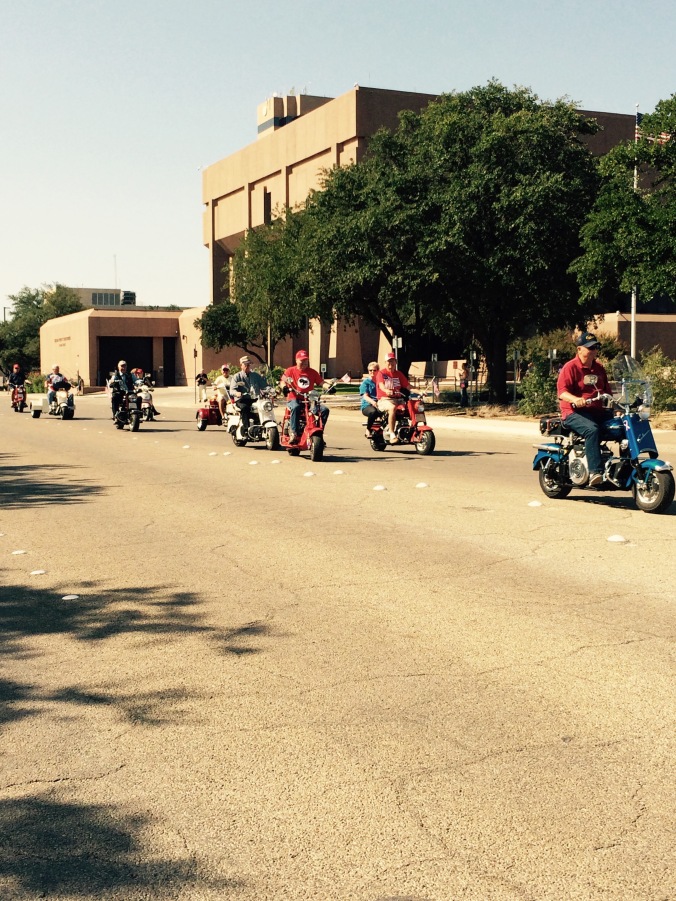 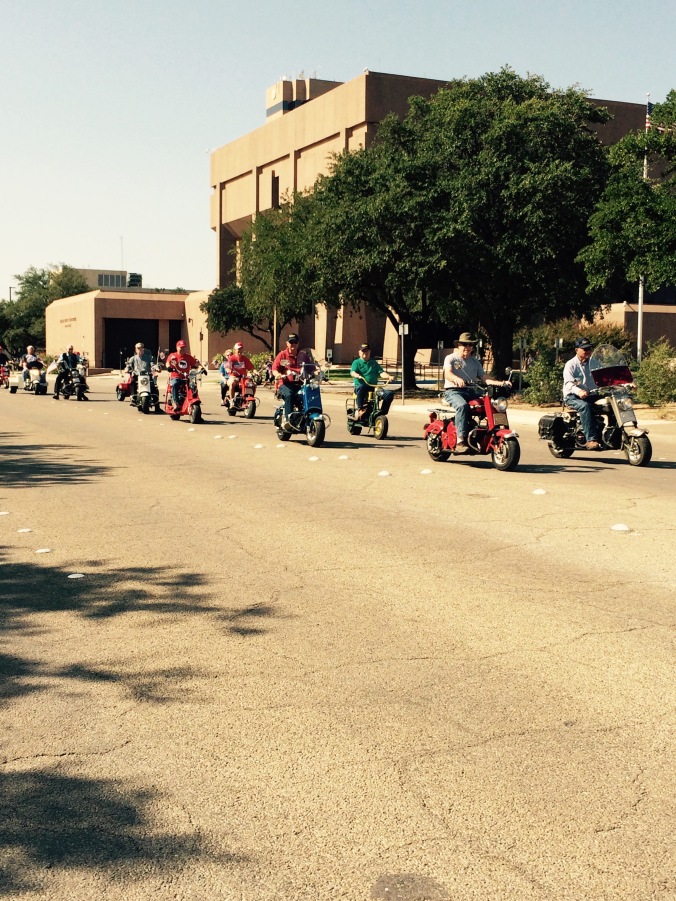 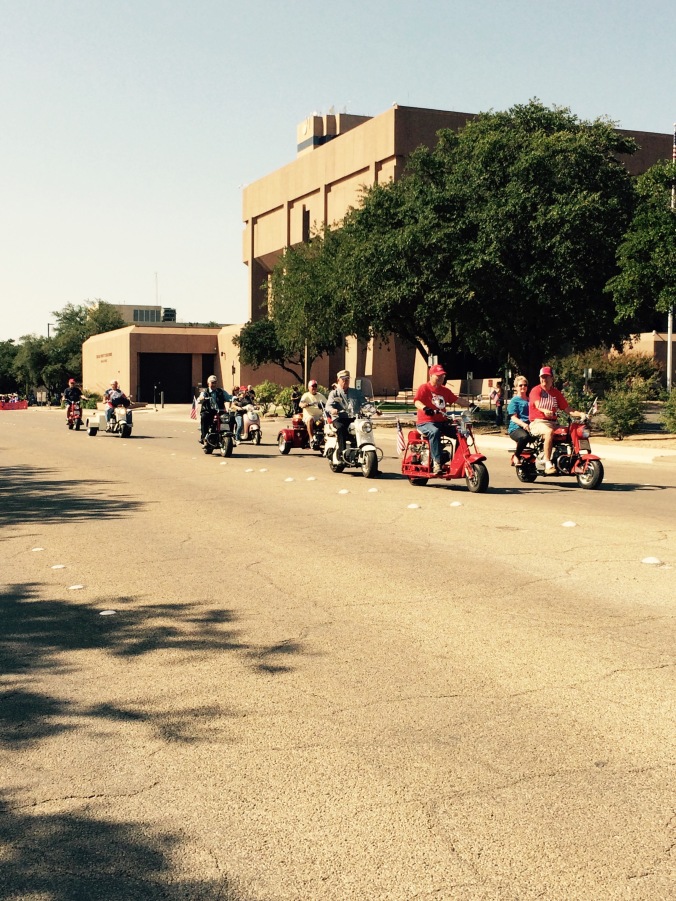 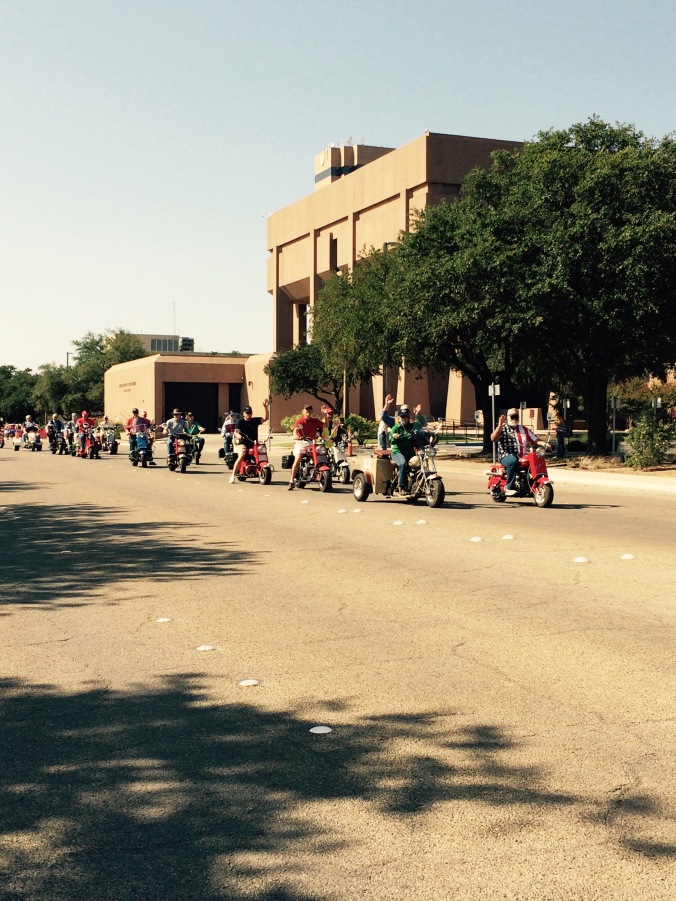 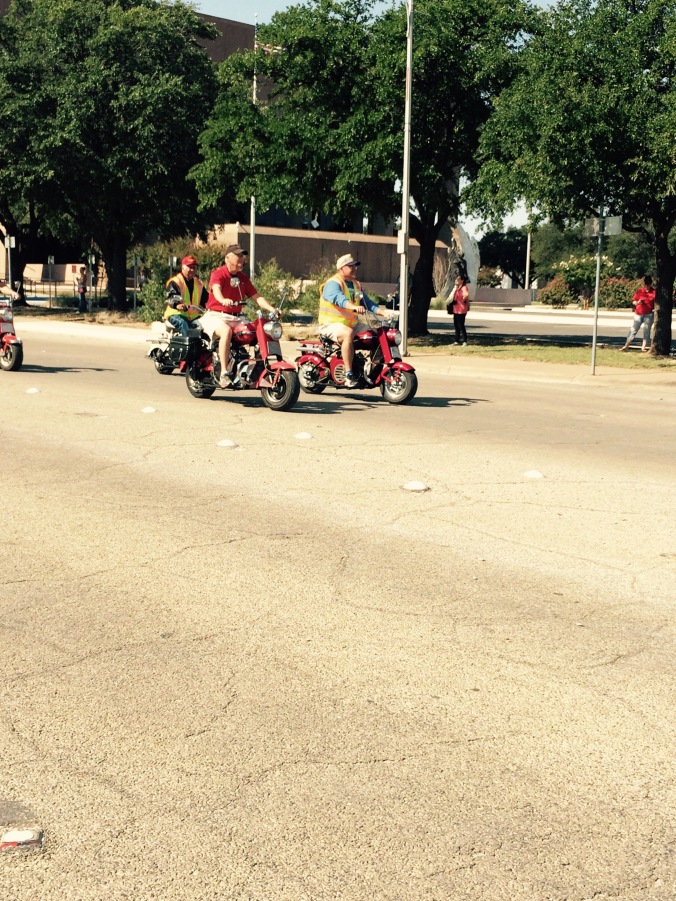 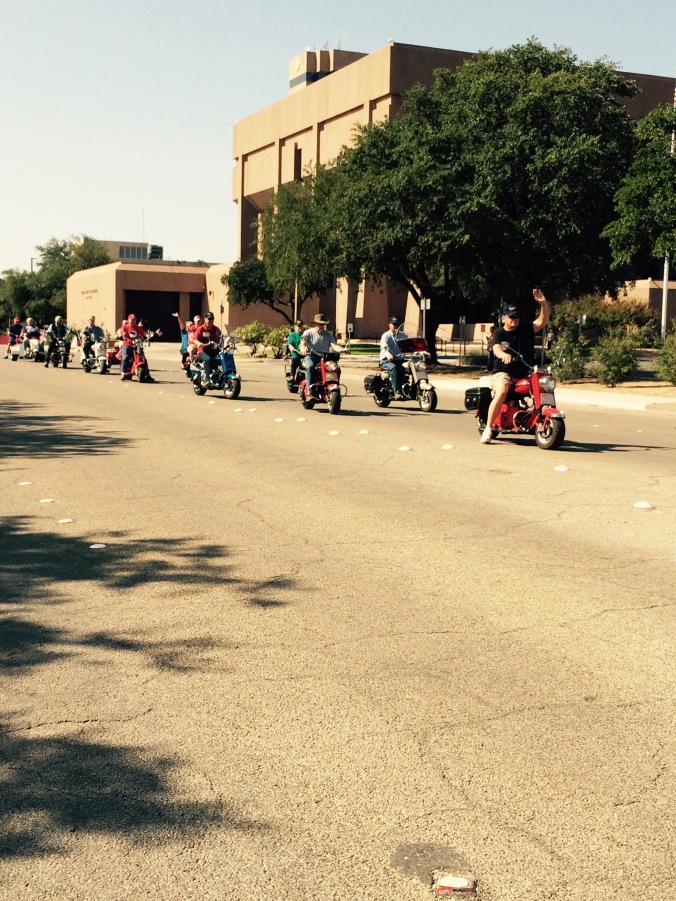 Many thanks to Margaret Trevino and Belinda Beck for sharing their pictures.

Please comment on the ones I missed who rode in the parade.

A complete write up will appear in the next newsletter.