For the 37th year, Texas Cushman Club was represented in the West Texas Fair parade.

There were 12 Cushman scooters in the West Texas Fair parade. Including Evan Underwood and his Dad, Eric Underwood. Evan was riding his grandfather’s scooter.

Eric with Evan as a child.

The group met for lunch at Mom’s in Hawley. These had a wonderful time with friends. 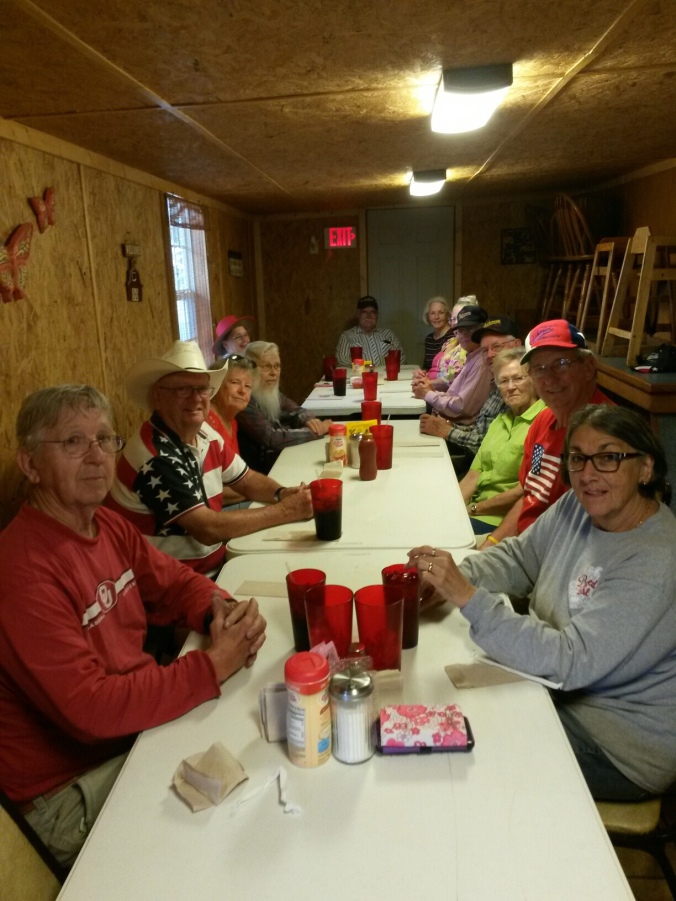 Special thanks to Roy Stanley for the lunch picture, Don Paige for the information, and Eric Underwood for the Facebook post.