At the Cushman National Meet last June 13, 2019, Richard Miner had an accident while riding his scooter at Paris, Tx. As I’ve seen many times, Cushman friends surround and support during these times. Richard had many broken bones and road rash was deep. He spent 3 days in ICU in Plano and was then moved closer to home.

At Memorial Herman, he was admitted to the level 1 trauma/burn unit. Multiple surgeries were performed to reduce the risk of infection and freshen the wounds for faster healing. On June 19, he was moved out of ICU. There were difficult times with finding pain meds that would work. Broken bones and wounds take time. On July 2, he was transferred to rehab closer to their home. Then on July 28 Richard was moved into the hospital due to low blood pressure and nausea. The bones are mending slowly, and he is weakened.

Early August he was at home with PT, OT, Speech therapists and nurses coming to help him continue to recover. They were thankful for good days and survived the bad days.

On October 6, Richard announced he wanted to come to the State Meet. He had turned a corner and was ready to see everyone.

What a joy to have them walk into the Wednesday night Early Bird dinner! On Friday, we learned more. Don Henry had picked up Richard’s scooter from the storage unit in Paris and took it home. The scooter was returned to Richard repaired and in running order. No charge for the repair.

There were so many who helped during this accident. Richard and Sue appreciated all the help.

This is what a member does – give and then give some more. What a Club! 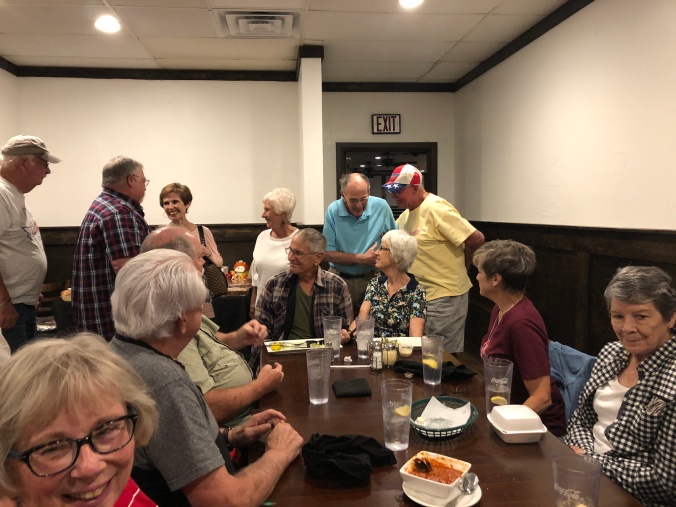 Richard and Sue Miner being welcomed at the Early Bird Dinner in Synder, Oct. 9, 2019.

Ricahrd’s scooter after the accident in June, 2019 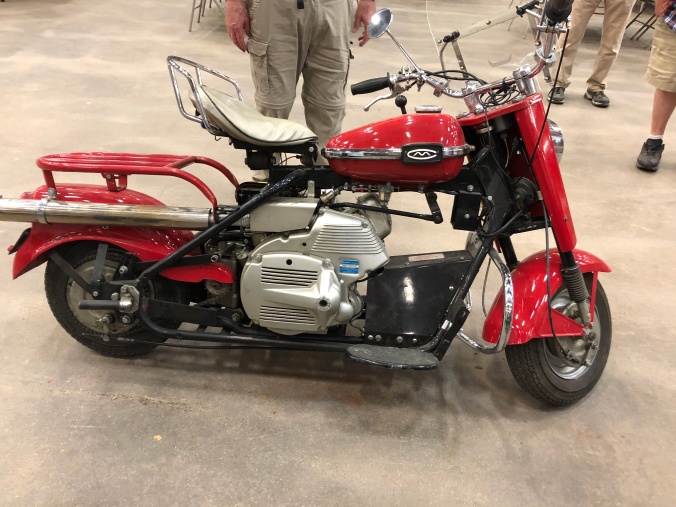 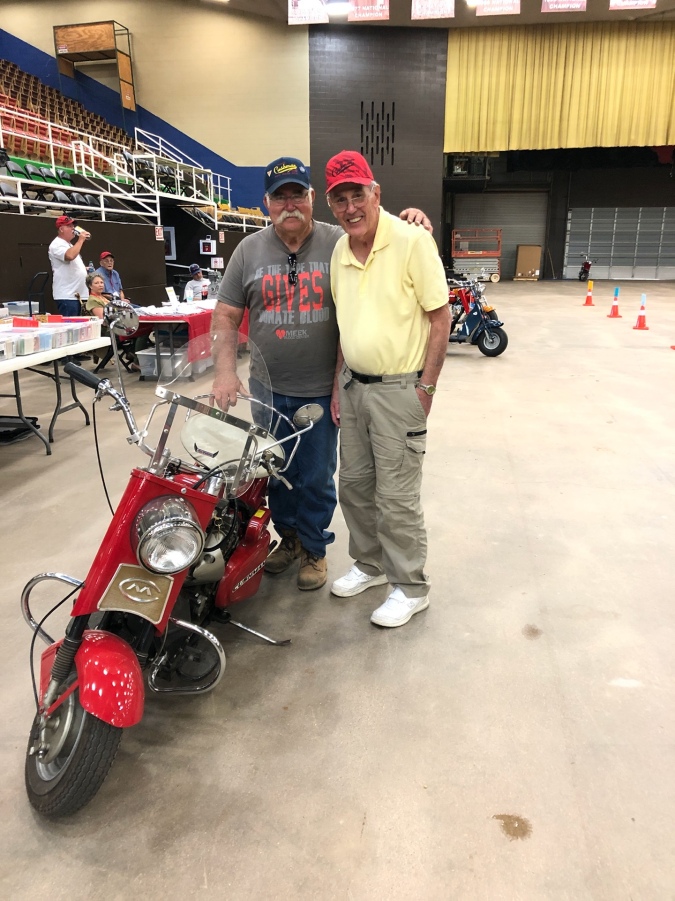