Have you ever had someone prove their membership by a copy of a cap? 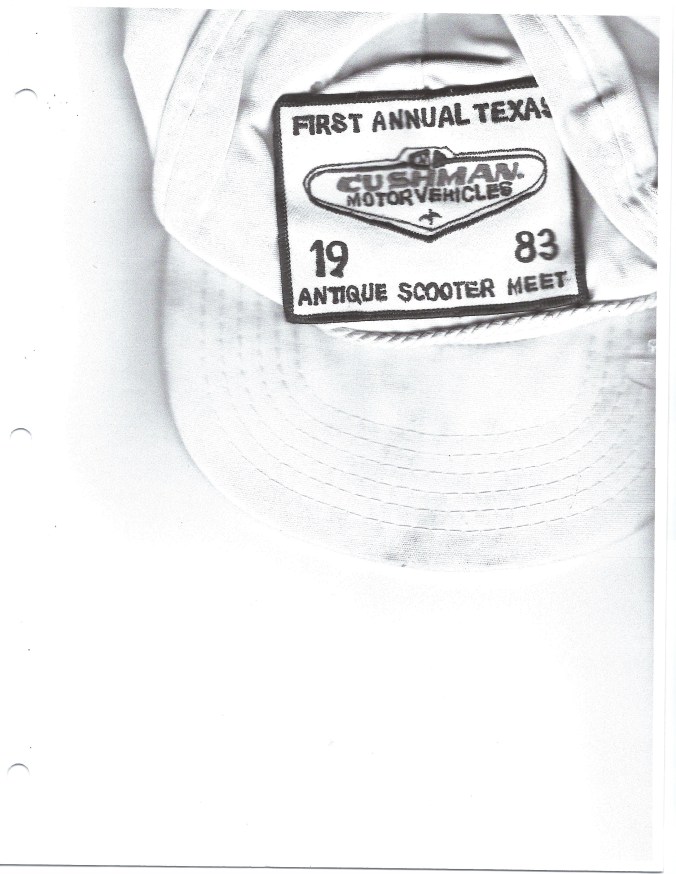 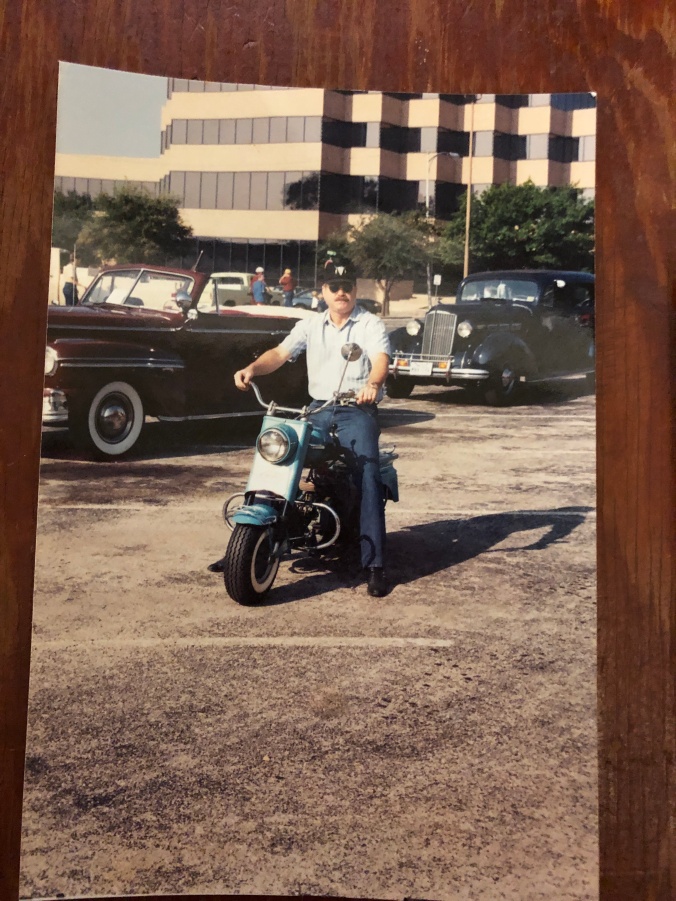 John Hensley had been telling us about an old scooter guy in Merkle and that he had his original scooter. While camping in Mike McLeod’s Windmill RV Campground, we got to meet Mike. He brought a scan of his cap with the patch from the 1st meet of the Texas Cushman Club from 1983. Proof of his membership was not on my current books.

Time for some detective work. On the Numerical list, I found Mike, but his membership had not been carried forward through the years. The original 5×8 notebooks are in my storeroom. Out came the boxes and there was McLeod, Mike #14. With the notation that he was given “charter bar & 10-year bar 6-5-92”. For your history lesson: In 1992 Ross Murphy was president.  Upon the 10th year as a club, the 30 charter members who were active members were honored and given Lifetime memberships.

Picture of Mike as a young man. 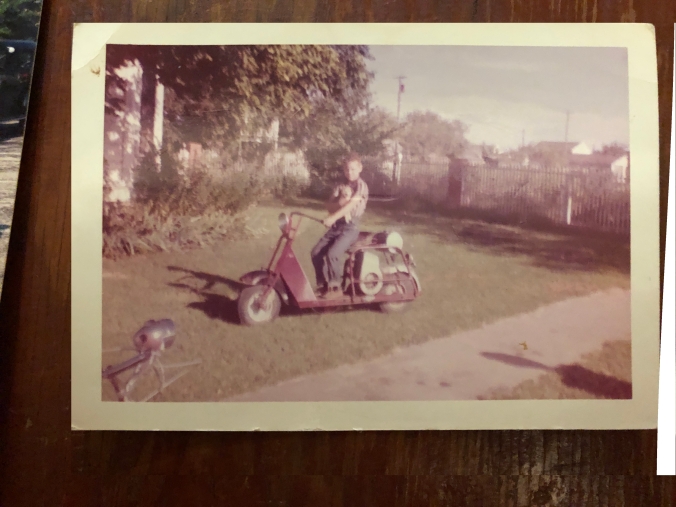 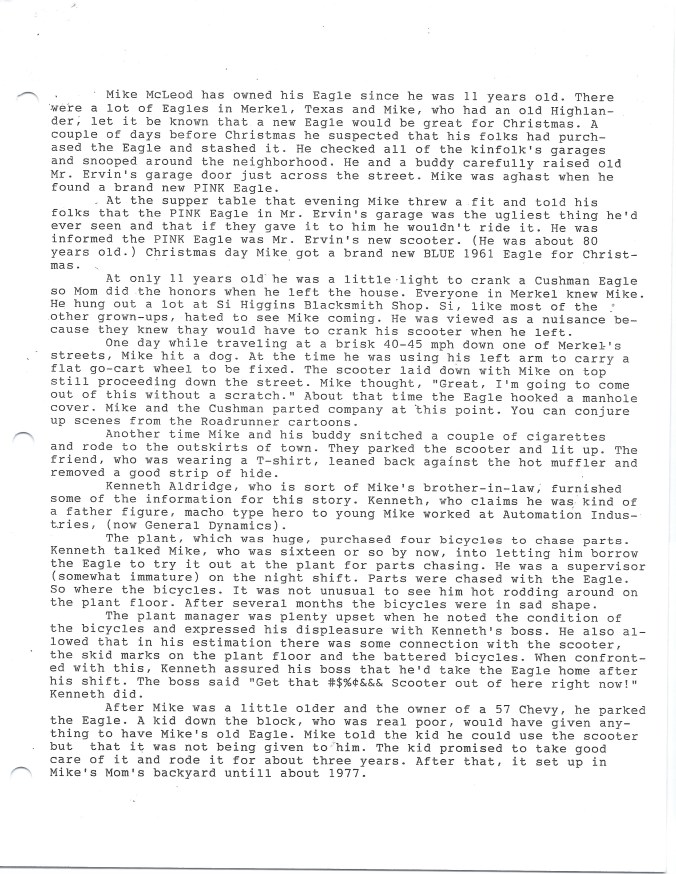 We have updated and gotten his membership back on the books. At the 37th State meet in Snyder,  Mike brought more items of interest. His original title and license tag receipts. What a joy to see the value Mike places on his Cushman roots.

It has been a pleasure to have Mike back in our roster. Thanks to our late friend, John Hensley for making the connection.